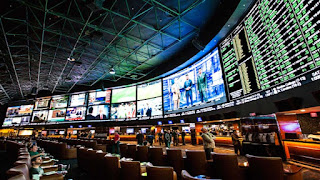 While the Bears have generally won with high-powered offense from its starting lineup -- MaCio Teague and Jared Butler combine to average more than 31 points per game -- Baylor is coming off a Wednesday win over Oklahoma that was fueled by its bench.

Whether it's with offense from Teague and Butler, the bench, defense or another way, the Bears (10-0, 3-0 Big 12) are hoping to find a way to win once again when they visit TCU (9-3, 2-2) for a conference clash Saturday afternoon in Fort Worth, Texas.

Baylor has not really been tested, with all of its wins coming by at least 11 points with an average margin of victory of 28.8 points per game. The Bears have led by at least 13 points at halftime in all but three games.

"Each and every night, the luxury we have is we have different guys that can get going," coach Scott Drew said.

Although Baylor hasn't been pushed much late, Drew understands that that isn't like to continue for long.

"Us coaches know that there is no safe lead in the Big 12," Drew said. "Look at West Virginia the other night -- Oklahoma State was up 19 with 11 minutes to go. We've had big leads and lost them.

"... The tough thing is you fight against human nature when you get a big lead. You think and assume things are going to be easy, and in the Big 12 they're not."

The Bears could learn that lesson Saturday if they aren't careful.

The Horned Frogs have had success against the Bears, winning four of six meetings over the last three seasons. That includes a 75-72 home win last February when the Bears, as they are now, were ranked No. 2.

TCU is in the middle of its toughest stretch of the season. Starting with Tuesday's 93-64 loss to No. 6 Kansas, the Frogs play seven of eight games against ranked opponents.

The lopsided loss to the Jayhawks snapped a five-game winning streak for TCU.

"It was extremely disappointing. I didn't see it coming," coach Jamie Dixon said. "We're a better team than this. It's easy to say but now we've got to go do something about it against another good team."

In its wins this season, TCU has held opponents to just below 40 percent shooting. In three losses, all at home, the Horned Frogs have allowed opponents to shoot 53.6 percent from the floor.

"It's pretty obvious. It's pretty clear that our defense determines our success," Dixon said.

But TCU needs to get going again offensively as well.

Freshman guard Mike Miles, who was averaging 14.8 points entering Tuesday's game, was scoreless against Kansas and missed all eight shots from the field.

"I have great confidence that he's going to respond and come out and perform," Dixon said.

All teams wins Then Bet all Suggs made the college basketball pass of the season in the top-ranked Bulldogs' most-recent game and will again have his right arm ready when Gonzaga visits Portland in West Coast Conference play on Saturday night.

Suggs became the first high school athlete in Minnesota history to win both the Mr. Football and Mr. Basketball awards in the same school year. He received approximately a dozen offers to play college football but was a highly-sought national recruit in basketball.

He chose the Bulldogs and his array of basketball skills has him forecasted to be a top-five selection -- and possibly No. 1 overall -- in the 2021 NBA Draft.

But his football abilities remain ready to be unleashed at any time on the basketball court.

During Thursday night's 86-69 home win over BYU, Suggs grabbed a rebound under his own basket, turned and unleashed an 80-foot right-on-the-mark pass to teammate Joel Ayayi, who converted the layup as part of a game-opening 23-2 spurt.

"I love throwing passes," said Suggs, who put his arms up in the air like a referee after Ayayi's basket. "Being able to make that kind of play and throw my hands up like a touchdown, it makes not playing football a little bit easier."

Bulldogs coach Mark Few was amazed with what he witnessed.

"He has so many gifts and one of his greatest gifts is his vision," Few said. "You have to be very confident to be able to execute passes like that."

The Bulldogs encountered few issues versus BYU thanks to that opening blitz. Kispert led the Zags with 23 points while Suggs contributed 16 points, five rebounds, five assists and four steals.

Gonzaga shouldn't receive much of a test from Portland (6-4, 0-1), which was trounced 88-64 by host San Francisco on Thursday night.

Furthermore, the Pilots have lost 41 of their past 42 WCC contests -- including three conference tournament losses -- since beating Loyola Marymount on Feb. 3, 2018.

But earlier this season, the Pilots were showing signs of progress with a five-game winning streak that included an 87-86 overtime road win over Oregon State.

But now, Portland is in a stretch in which it has dropped three of four games with the setbacks coming by an average of 26.3 points.

Ahmed Ali has been the Pilots' top player and is averaging 18.4 points per game. Eddie Davis averages 11.2 points and a team-leading 5.2 rebounds for Portland, which is coached by former NBA star Terry Porter.

Despite facing long odds against the Bulldogs, the Pilots possess a don't-give-up mentality.

"We try to get after it every day," Portland's Michael Henn (7.8 ppg) recently said. "Nobody here is scared of anybody else. We're going to go at people and not back down to anybody."

They took a wager from a Finnish bettor Jukka Hunkavarra on Jan. 17th, 1996 which was the first bet ever placed at an online sportsbook. Hunkavarra profited just a few dollars, but on that day, online betting was born. Intertops was also the first sportsbook to launch a mobile betting site in 2000.

Today, they base out of Antigua and Barbuda. Licensed and regulated by the Kahnawake Gaming Commission. Intertops has more of an international clientele compared to other US-facing sportsbooks. Their site translates to German. They also offer support in several languages, including Italian and Polish.

For several years, Intertops was an invite-only sportsbook for Americans. Existing US-based players could invite players, but didn’t accept new sign-ups through their website. In February 2015, this changed. Intertops reopened sign-ups and are allowing players to create accounts from inside the United States. In addition to their online sportsbook, they offer an online casino and poker room.

Good luck, May the force be with with you.

Thank you for reading my blog. Kenny Rogers