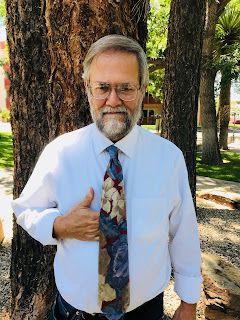 Raymond Muratalla stopped Agustine Mauras after round one of their scheduled six-round lightweight bout.
Elvis Rodriguez and Joaquin Chavez battled to a no-contest after a headbutt caused the action to be halted in the 1st round of their scheduled six-round lightweight bout.
In round one, the two fighters clashed heads and an ugly cut on the forehead of Chavez forced the fight to be stopped at 2:28.
Miguel Angel Gonzalez scored an upset victory by stopping previously undefeated Saul Rodriguez in round three of a scheduled 10-round super featherweight bout.
Christopher Zavala won a six-round unanimous decision over Prisco Marquez in a super featherweight bout.

I will try writing this blog about multiple topics. Might be a little easier than individual topics.

Zack Sucher is an American professional golfer. Sucher was born in Atlanta, Georgia and played college golf at the University of Alabama at Birmingham. Sucher turned professional in 2009 and played on the NGA Hooters Tour from 2010 to 2012. He played on the Web.com Tour in 2011 and 2013 to 2014. 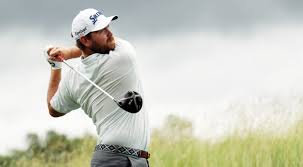 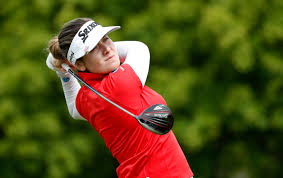 Sat 6/22, 2019
Drama high with big money on the line in Triple Truck Challenge finale at Gateway
The NASCAR Gander Outdoors Truck Series inaugural Triple Truck Challenge concludes its three-race run Saturday night at World Wide Technology Raceway at Gateway (10 p.m. ET on FS1, MRN and SiriusXM NASCAR Radio) and if this final event holds true to its two-race lead-in there will be no shortage of drama and big news.
Brett Moffitt and his GMS Racing team stand to pick up an extra $150,000 bonus should the defending series champion win for the second consecutive week. The runner-up at Iowa, Moffitt was awarded the victory after the apparent winner Ross Chastain’s truck was deemed illegal in post-race inspection. And that verdict was upheld again on appeal this week.

Moffitt acknowledged he didn’t lead a lap in his win – the first by a disqualification in the history of the series – but welcomed the victory nonetheless, posting photos on social media of his team celebrating.
“This is a big change of emotions,” Moffitt said after being called to speak to the press following Chastain’s disqualification.
“As a race car driver, I got beat on track and that’s not how you want to do it. … but I’ll take a win any way I can get it. “It is what it is,” he continued, “We finally got a win that we needed and we’ll take it.”
And, he reminded, the big money from the Triple Truck Challenge was a nice companion to his first trophy of the season.
Saturday night’s CarShield 200 presented by CK Power is a sort of re-set for everyone with another huge paycheck on the line. If someone other than Moffitt wins, that driver still earns a $50,000 bonus as part of the Triple Truck Challenge incentive.
And with the Playoffs looming, it’s go-time for multiple reasons. The big incentive from series sponsor Gander Outdoors is icing on the cake. Chastain, for example, now needs to win again and break into the top-20 in the standings to make the Playoffs. He only declared himself Gander Trucks championship eligible two races ago (before Texas) and sits 69 points behind the 20th-place cutoff. A victory this week would be a strong statement from his Niece Motorsports team.

Nigeria beat South Korea 2-0 and then only lost to France 0-1. Germany has looked much better during this tournament. After a couple of 1-0 victories over China and Spain, Germany dominated South Africa 4-0.
Nigeria plays solid defense, which makes this a difficult match to back Germany on the handicap. The odds are low, but Germany should win by at least a goal. Expect another great performance by the disciplined German squad.
2019 FIFA Women’s World Cup Pick: Germany
3PM  Australia +129 / Norway +204

Save for the 1-2 loss to France, Norway has been in excellent form. They beat South Korea 2-1 in their Matchday 3 game. In their Matchday 1 game, they dominated Nigeria 3-0. They’re slight underdogs against Australia, who lost 1-2 to Italy, beat Brazil 3-2, and then beat Jamaica 4-1.
Although both teams have played well, Norway gets the nod because of the better odds. The Norwegians could knock out Australia while the odds difference is too great. Going with the team that offers more value.
2019 FIFA Women’s World Cup Pick: Norway
Sun-6/23-1130 AM  Cameroon +1570 / England -833

This is one of those soccer matches that makes it very difficult to find a solid wager. England has looked great, but Cameroon hasn’t looked as bad as the odds indicate. They beat New Zealand 2-1 and only lost by 2 to the Netherlands, 1-3.
The reason the Netherlands loss is important is because England is favored at -2 ½ -105 on the handicap. That requires England to win by at least 3 goals. The English haven’t scored 3 goals during the tournament yet. Cameroon on the handicap at +2 ¼, -126 is the play.
2019 FIFA Women’s World Cup Pick: Cameroon handicap
3PM-  Brazil +629 / France -243

France has looked great during the World Cup. They beat South Korea 4-0, Norway 2-1, and Nigeria 1-0. The French face a much more difficult task on Sunday versus a talented Brazilian team.
The Brazilians might be hitting their peak. After a hard fought 2-3 loss to Australia, they beat Italy 1-0 in their Matchday 3 game. Brazil can hang with France in this. The draw at +382 could be the value play.
2019 FIFA Women’s World Cup Pick: Draw
Mon-6/24 Noon  Canada +122 / Sweden +236
Canada is favored in this match. It’s hard to understand exactly why. The Canadians struggled to beat Cameroon 1-0 and then could only beat New Zealand 2-0. Sweden has a real shot of upsetting Canada at decent odds on Monday. They’re the top underdog pick at the 2019 Women’s World Cup Round of 16.
2019 FIFA Women’s World Cup Pick: Sweden
3PM  USA -333 / Spain +694

Everyone made a big deal about the United State’s 13-0 win over Thailand. That match is sort of meaningless because Thailand doesn’t have a great women’s soccer program. The more impressive victory was the 2-0 win against the Swedes. Sweden is a very good soccer team.
Spain has gotten better. They haven’t gotten good enough to hang with the United States. The odds are only USA -333. Great odds? No, but overlay odds. The U.S. should win by at least two, which means the handicap, USA -1 ¼, -119, makes the most sense.
Tues 6/25 Noon  China +523 / Italy -161

If China has proven anything, it’s that they’re not afraid to do what it takes to keep things close. They committed 19 fouls against Germany. They committed 12 versus South Africa, a match they won 1-0. They committed 14 versus Spain to force a 0-0 draw.
Italy is the better team, but China will frustrate the Italians to no end. There is an outside shot that China upsets Italy in regulation. However the draw offers a nice +212. That’s the way to go here.
2019 FIFA Women’s World Cup Pick: Draw
3PM  Japan +342 / Netherlands -140

The Netherlands is only favored by -126 on the moneyline even though they have looked great in wins over New Zealand, Cameroon, and Canada. The reason? Japan has an excellent women’s soccer program.
Japan has drawn with Argentina, beaten Scotland 2-1, and lost 0-2 against England. Although it’s tempting to back the Japanese, it’s impossible to do so here. The Netherlands is much too consistent.
2019 FIFA Women’s World Cup Pick: Netherlands

Posted by Kenny Rogers at 2:19 PM No comments: